Marc Authier’s research focuses on the syntax and semantics of a number of Romance and Germanic constructs. His most recent research projects have been devoted to the representation of implicit arguments, the functional structure of the left periphery of clauses and the syntax and semantics of natural language quantification. He has published numerous articles in a variety of linguistics journals, including Lingua, Linguistic Inquiry, Natural Language & Linguistic Theory, Probus, and Studia Linguistica.

Mike Putnam’s research explores formal models of grammar in an attempt to gain a better understanding of the general cognitive architecture of the mind underlying the language faculty. He is the co-author of The Structural Design of Language (2013, Cambridge University Press) with Thomas Stroik, and has edited several other volumes. With respect to the syntax-semantics interface, his most recent work explores scalar implicatures in particle and prefix verbs, middles and anticausatives in Scandinavian and Germanic languages, and the lexicalization of event semantics. Some of Mike’s current projects focus on the syntax-semantics interface in bilingual grammars across the lifespan; Mike is also the director of the Kontaktdeutsch lab here at Penn State, where colleagues and students affiliated with this lab research global varieties of German throughout the world. He has published widely in a variety of linguistic journals, including, The Comparative Journal of Germanic Linguistics, Linguistic Analysis, Linguistic Approaches to Bilingualism, The Linguistic Review, and Syntax and serves as series co-editor of the monograph series Studies in Germanic Linguistics published by The Ohio State University Press. 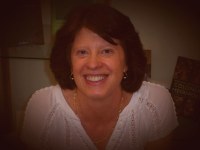 Lisa Reed’s research focuses on the syntax and semantics of a wide range of phenomena, primarily in the Romance languages. Her most recent published work and current research projects are devoted to control, raising, small clauses, modality, and implicit arguments, although she has previously investigated the syntax and semantics of restructuring, aspect, causatives, affected datives, unaccusatives, and middle constructions, among others. Lisa adopts a generative approach to syntax and a model-theoretic approach to semantics. She has published numerous articles in a variety of linguistics journals, including Lingua, Linguistic Analysis, Linguistic Inquiry, The Linguistic Review, Natural Language & Linguistic Theory, Probus, and Studia Linguistica. Her most recent book Strengthening the PRO Hypothesis appeared in 2014 with de Gruyter (Berlin).